Part 1: The Origin of Assumption University narrating the story about the founder, Montfort Brothers of St. Gabriel

Part 2. Timeline of AU’s 50 Anniversary narrating about the timeline and important events occurred during the past 50 years

The objective of this design project was to develop the timeline design of Assumption University and make the exhibition more interesting and active for audience by information displayed in several choices of format i.e. linear story telling on straight line, up to down, or devious line on space. The selected format was the linear story telling on straight line as it was the easiest format to narrate the timeline in celebrating Assumption University’s 50th anniversary. 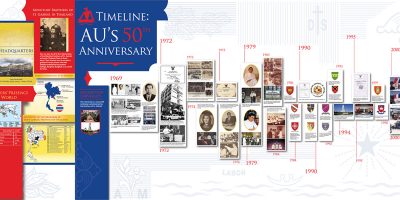 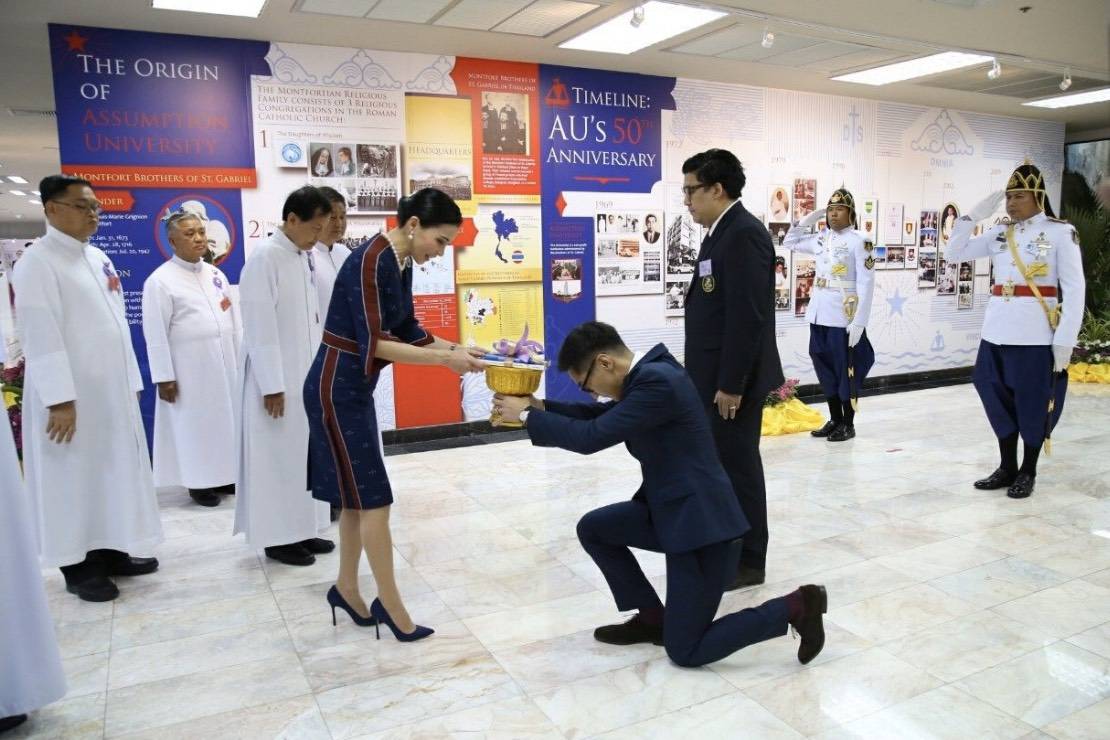